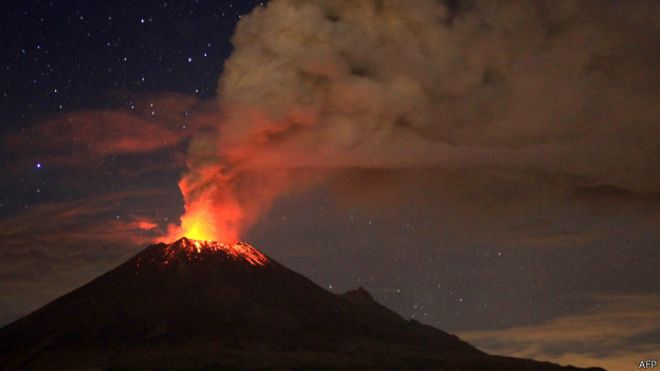 The Canary Islands are volcanic islands and, unlike the islands that come from continental fragments, they have a life cycle similar to living beings’: they are born, grow, erode and eventually disappear.

This cycle of the oceanic islands is called insular ontogeny, and is defined by the following stages: In the Canary Islands, as in the rest of the archipelagos that make up La Macaronesia, there is evidence of these cycles of the islands. For example, when exploring the seabed, flat top submarine ridges have been discovered around the emerged islands,  which can be called “Paleomacaronesia”, which are remnants of islands that once emerged to the surface. Thus, between the Peninsula and the Canaries  we find Lars, Anika, Nico, Last Minute, Dacia, Concepción, Amanay … that were created in the Paleogene (64-25 million years ago) by the same hot spots that 25 million years ago, in the Miocene,  made emerge the isles that we know today.

These seamounts of Paleomacaronesia are about 120-130 meters deep, which coincides with the maximum sea level fall in the ice age. In those periods when the sea level drops, these islands would almost emerge, forming a chain of islands, which would link the current Macaronesia with the African and European continents.

On the other hand, in some areas such as Southwest of the island of El Hierro,  peaked summit seamounts have been found, which is the characteristic that proves that they have never emerged nor been subjected to erosion. This applies, for example, to the seamount called “Las Hijas”, where the accumulation of material has not been yet enough for them to emerge. Should they ever emerge,the number of islands in the Canary archipelago would increase.

The following diagram may be the age of the islands and the cycle phase they are.

“Las Hijas” would represent therefore the birth phase of the volcanic Canary Islands.
El Hierro, Tenerife and La Palma would represent the drained and sub-air construction phase, and they still keep volcanic activity and they can keep amassing materials and height.
La Gomera and Gran Canaria are the example of the cycle of dismantling, because in the past they were much higher than today, so erosive agents are playing their role, and the destructive processes predominate over the constructive ones.

The Mahan volcano, comprising Fuerteventura, Lanzarote and surrounding islets, would be the representative of the basal plain stage with their own habitats of low-lying areas.

In the Canary Islands we have no representation of the terminal phase of disappearance. This phase is well represented in The Savage Islands, with structures that emerge barely 30m above sea level, which predicts their future disappearance.

Amanay, Concepción and Dacia, in the Canary Islands, would be the example of phase flat-topped seamount that would emerge only when sea level came down considerably.